In many ways the year 2018 was a watershed moment for women’s health, in India and abroad. Various political and socio-cultural debates brought to light the rigorous amounts of work still left to be done in women’s health. While Planned Parenthood braved attacks from the putrid sexism of the U.S. Administration, the women of Ireland converged to repeal its draconian abortion laws, and take charge of their reproductive rights. Closer home, this was the year that brought menstrual hygiene on the mainstream silver screen. No matter how deeply flawed the narrative, millions sat up and took notice when Akshay Kumar a.k.a. “Padman”, spoke about periods, menstrual blood and sanitation for over two hours. Soon after, in an ill-conceived populist measure, the Indian government removed G.S.T from sanitary napkins, making the financial slabs of local manufacturers rather challenging. India also woke up to the mental health crisis among its women, as The Lancet reported that 37% of women commiting suicide worldwide were Indian. And a sizable number was below 40 years of age.

The most spectacular impact of all the highs and lows in the ecosystem was this-- conversations around women’s health increased, at every level. Homes, digital media, policy, popular culture. Some were having these conversations for the first time, some spoke about it with disdain and disinterest, some confronted their ignorance, and some mansplained. But it happened. Women’s health was on the table. 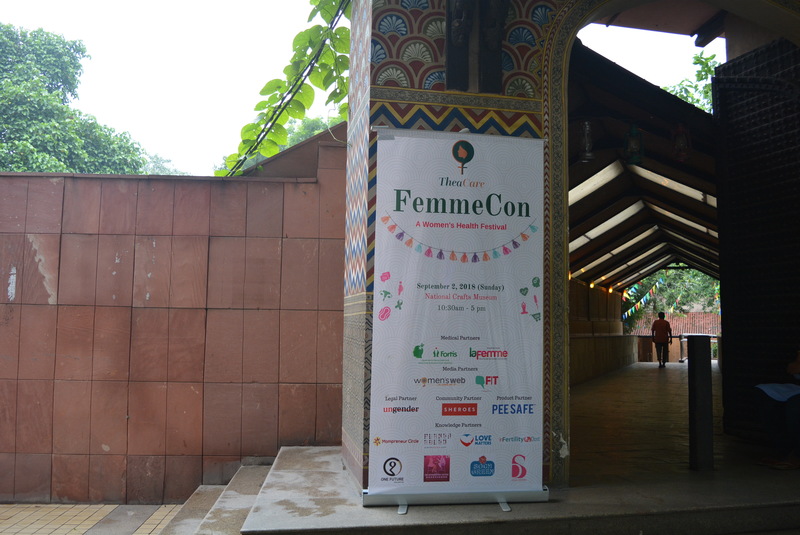 As a young organisation with precisely this mission-- mainstreaming women’s health-- we decided to make our first birthday meaningful. We wanted a large number of people to talk about diverse aspects of women’s health, find solace, sisterhood, and most importantly-- answers. Answers to various questions about their bodies, sex, mental health, laws , daily self-care or finding the right medical resources. Women’s health is always an afterthought not just in society, but also in the lives of women themselves. We knew it was time to change that. In fact, we were late. It’s 2018, but we are still steeped in a culture where women know nothing about the one thing that matters most-- their bodies. Millions of women are still living with undiagnosed illnesses because they still don’t know what’s normal and what’s abnormal about their bodies, making it difficult to reach out for help. We were anxious to do our part and do it well. 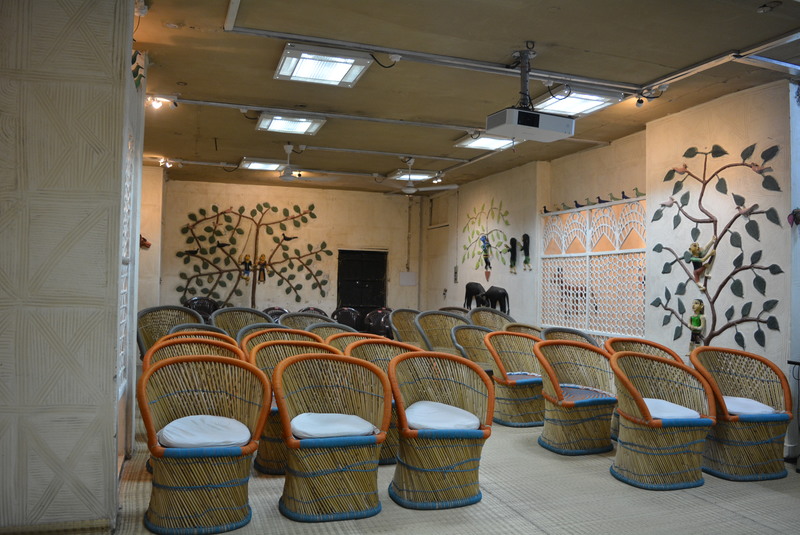 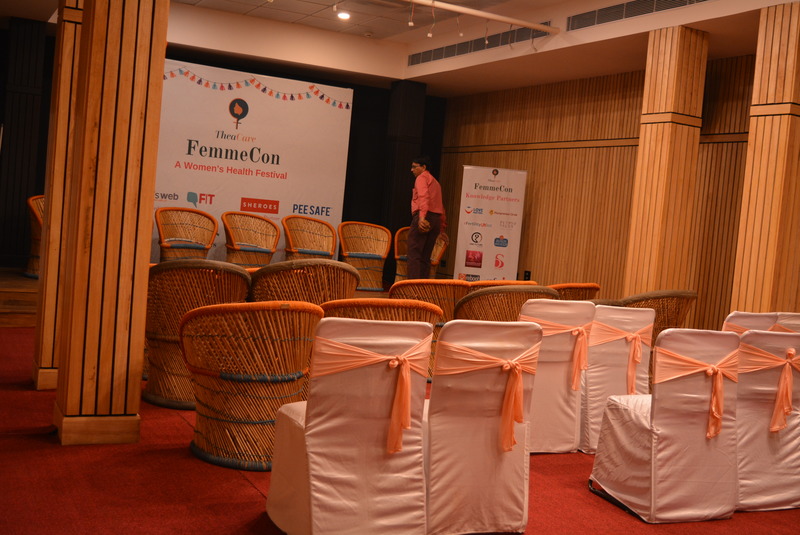 A young, inexperienced, 3-member team knew nothing about how to organize events, how to “generate buzz” or get people to support us. But we decided it’s just the first iteration, we will make do with whatever little headway we make. We were firmly anti-panel. This couldn’t be yet another “networking event”. We took several weeks to conceptualize the tone, tenor and flow of the event. Some aspects were decided oh so whimsically, I would literally wake up one morning and decide “why not do this also”. We saw and rejected hundreds of venues. We spoke to and refused dozens of sponsors-- we did not want to conflate health with beauty, or associate with brands making sanitary napkins from undisclosed materials, or partner with brands having problematic messaging around motherhood. Mercifully, we had the bandwidth to say no. 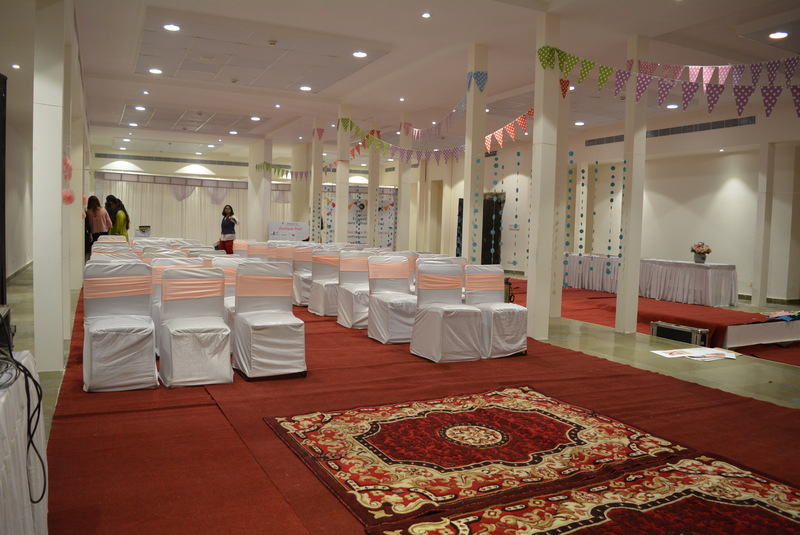 Most financial decision-makers were Indian men, who had probably never really spoken to their wives. We heard many gasps of shock and surprise, and a whole lot of gyaan on what women “really” need, as we went around trying to explain that women’s health was not just a “rural women’s” issue. Urban educated privileged men never fail to amuse us! (If you want a blow-by-blow account of our interactions, the apt imitation of the tone modulations and that specific curve of the brow which can only mean supermanly condescension-- meet us at our office!) 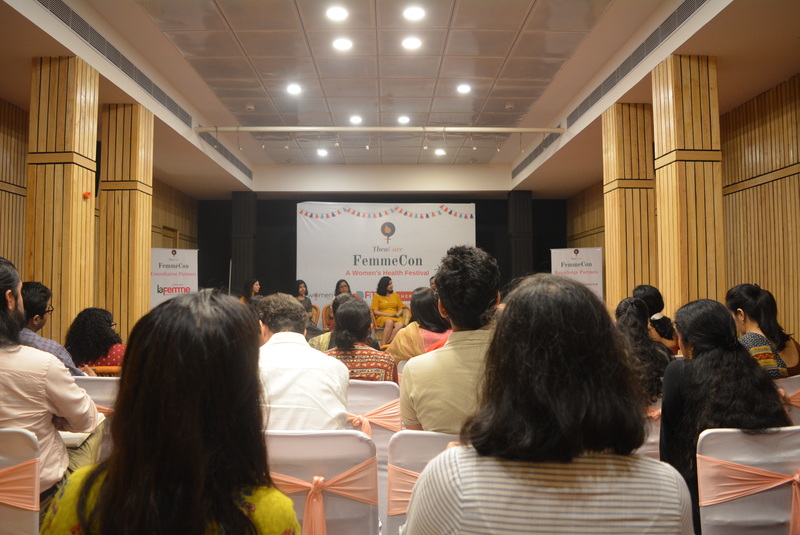 Finally we settled on the National Crafts Museum-- the sarkaari indolence lost to a very reasonable rent, and the heartening beauty of the venue. (Tip: This place has a huge water-logging problem. You would think that ranting about “waterproof tenting” for two months for September monsoons would remind them to mention all rain-related issues. But no. One day before the event, they reserve the right to blame you for not predicting waterlogging.)

It was a day packed with activity, women of diverse age groups and backgrounds streaming in steadily throughout the day-- interacting, sharing, listening, smiling, bonding, and empowering themselves with knowledge on women’s health.

The flow of the day and the mood of the attendees vindicated our decision on the fundamental nature of FemmeCon-- it had to be a Festival not a Conference. We had to talk about women’s health in fun, celebratory, body-positive, interactive ways. It had to be a safe, warm, beautiful space putting all attendees at ease. FemmeCon shaped up to be not a conference, but a hearty Confluence and a strong Conversation. And we could not have asked for more.

I extend my deepest gratitude to our partners and speakers, and countdown partners-- some of whom have been on this arduous journey with us since our Day Zero. They were gracious, generous, and warm. We saw founders and representatives from dozens of organisations. These were A-one folks. They beautifully managed to share all the amazing work their organisations were doing without stepping on anyone’s toes. We only hope we made their day worthwhile. I have personally learnt so very much from each of them, who have been doing this way longer and better than I have. For a young entrepreneur, nothing matters more than the confidence of those who have come before you.

My team outdid themselves, braving dire weather forecasts and our own limitations due to inexperience. But then again I wasn’t surprised. It takes a village to raise a child, but just a handful of focussed young people to light the spark. I thank them. I am as proud of them as I am humbled by my overall experience at FemmeCon.

We have a lot planned for TheaCare this year. We want to change so much about women’s health in India. But patience and process are key. Our partners, collaborators and users are increasing by the day and we know that means that more and more people are anxious to change the status-quo. As we step in year#2 of our existence, I invite you all to walk with us to mainstream women’s health. Breasts, vaginas, uteruses can’t be hidden anymore. It’s time to bring them out-- in conversation.

She is the Founder of TheaCare and the Curator of FemmeCon. Social media un-savvy. Always up for good conversations, great books, grand romantic gestures & spirited feministing.