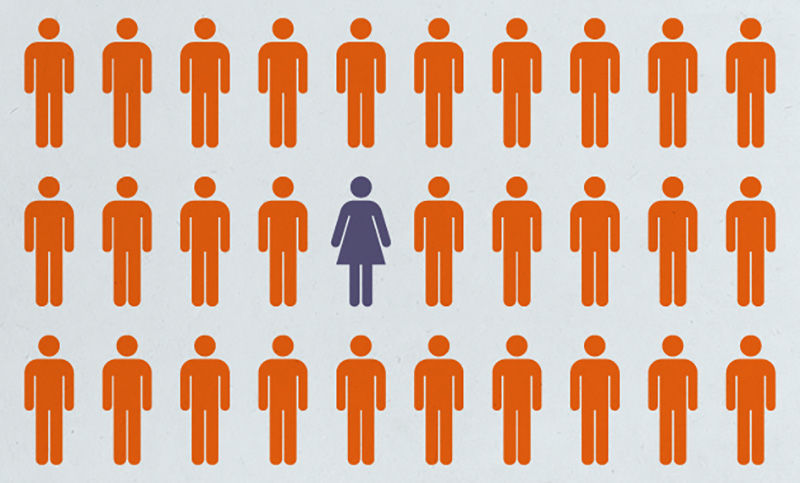 About eighteen months ago, I was officially diagnosed with PCOS. But when faced with the choice of which gynaecologist to consult, I immediately gravitated towards a female doctor rather than a male one.  It was almost an impulse at first, something that had come naturally, but once I’d actually stopped to reflect upon it, I realized that it was a conscious, informed choice. There was a legitimate historical and sociological reason for me (and many other women like me) to not trust male doctors when it came to reproductive health.

Across decades of medical science and treatments, male doctors have dismissed countless female ailments – from PMS to the pain of childbirth – as something either too baseless or too mysterious. The female body has always been shrouded with so much stigma that any attempts to understand the specific needs and workings of its anatomy have been reductive at best, and deeply misogynistic at worst. Before the nineteenth century – when medicine became an actual profession requiring degrees and licenses – female reproductive health was largely the domain of “midwives” whose primary function was to deliver babies and to help new mothers deal with the pain, as well as the added responsibility, of bearing and raising a child. Needless to say, there was no official set of rules or guidelines to carry out this sort of work, and each midwife approached the process differently. And yet, there was a sense of empathy and care that the formally-educated male physicians of the nineteenth century (and beyond) could not muster. Innumerable myths about menstruation and reproduction were fostered, hurting female healthcare rather than enriching it. Hormonal issues were explained away under conveniently manufactured terms like “hysteria”, and, after advancements in psychology from the twentieth century onwards, any woman exhibiting strong emotions were ruled psychiatric anomalies, being prescribed heavy anti-depressants that caused more harm than good.

It is not to say that female doctors and physicians haven’t been ignorant or biased when it comes to women’s health (or that they aren’t now), but when one looks at the glaring historical evidence, one sees how most errant notions about the female body and reproductive health have been perpetuated largely by prejudiced male physicians, affecting the way women’s healthcare is often viewed today.

Struggling to understand the various effects of hormones on the female body, Victorian doctors coined a problematic catch-all term for most women’s ailments - hysteria. The term, originating from the Greek word hysterika (meaning uterus), was applied to symptoms as diverse and unconnected as headaches, anxiety, bloating, insomnia, and reduced sex drives. In fact, the reigning notion from the fifteenth century onwards was that the only cure for hysteria was a medically administered orgasm, and that the cause behind the ailment in the first place was because the female womb was ‘weeping’ in the absence of a child.

Hysteria fostered negative myths about menstruation and various hormonal conditions, and led to a major generational setback in women’s healthcare. However, it did led to the eventual diagnosis of PMS (pre-menstrual syndrome) and the discovery that hormonal shifts in the female body can, indeed, have psychological repercussions on women.

Similarly, attitudes towards childbirth – arguably one of the biggest mainstays of women’s healthcare – remained controversial too. With the twentieth century’s advances in medical science, maternal mortality rates (which were earlier very low due to unsanitary and improper procedures) improved, but attempts to understand labour pains fell woefully shot. Doctors performed some brutal tests to determine pain thresholds, the most horrific amongst which included a 1948 study in which women’s hands were burned during labour to measure their ability to withstand pain. Though the study’s ultimate objective, which was to establish a scale for the pain experienced during labour, failed, what it did end up proving was that labour was indeed an extremely painful experience.

And yet, female pain continued to be neglected, whether it be in the 1940s, or now. Doctors still fail to take female abdominal pain or menstrual cramps (and so on) seriously and their misogynist failure to understand the female body prevails.

Though medical science in the first half of the twentieth century focused on women’s bodies, the emphasis on mental health slowly evolved from hysteria and psychotherapy and forayed into pharmacology. This revelation, again, proved brutal for women and became often linked to their sociological roles of wife and mother. From Valium to other potentially harmful antidepressants, drug companies began marketing these products to women in distinctly gendered terms. It was an apparent way to make the stress of managing the household, taking care of the husband of kids more “bearable”. These drugs often came with harmful side-effects which had long-term emotional and physical impact on female bodies. The prescription of anti-depressants in general was never the problem, but the manner in which they were prescribed and marketed; essentially dismissing both emotional labour and genuine mental health concerns.

But that was merely the urban middle-class domestic experience. With women on a lower rung of the economic spectrum, and women who exhibited their non-normative psychology, things became worse. Mental illness is still largely a taboo subject, but historically, it has often been misused by male medical professionals to discredit and mistreat women. Places like sanatoriums and mental health institutions often became deeply exploitative spaces, where women found themselves treated with added harshness for both the smallest of aberrations or bigger challenges to the status quo.

But all was not bleak. Rockhaven, a feminist asylum built by Agnes Richards in 1926 was a rare ray of hope in an otherwise bleak picture for women’s mental health. Richards, who had been appalled by the abject conditions of most sanatoriums of her day, had actively set out to create a tranquil living space that would offer the right kind of rehabilitation and treatment for women, and would essentially provide a safe space. Her experiment succeeded, and over the years, countless women were reported to have recovered under the positive influences of this place and its carers.

As we often witness from day to day, healthcare for women continues to suffer under the prejudices and malpractices which had made it regressive back in the day. Female pain is still not taken seriously, and PMS is dismissed as simply “women being emotional”. Although the twenty-first century has revolutionized female health in terms of various technologies like effective birth control, better diagnosis (and so on), the healthcare system still leaves a lot to be desired. The first step to better female healthcare is to demystify the female body, to question the stigmas surrounding it and try to actively unlearn the misconceptions associated with it. But that will be a long-drawn process, so for now, all we can do is perhaps seek out doctors that are more empathetic and progressive.