How To React When Your Kids Come Out To You 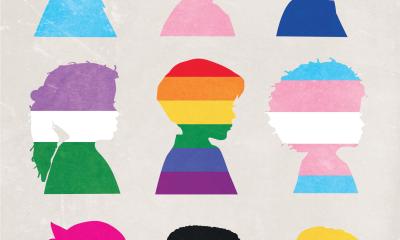 In a country where not only is homophobia rampant, but a formalised means of sex education even more scarce, young LGBTQ kids hardly ever have the support system or the basic understanding of sexuality to be confident enough to come out. And even when they do, they have to live in constant fear of how society at large might treat them for simply being who they are. Hence, as a parent, it is imperative for one to create a safe and sustainable atmosphere for your gay, lesbian, bisexual, queer, transgender (and so on, because gender and sexuality function in a spectrum) children to come out. Here’s how you can do that.

From a very young age, try and instil in your children an inherent sensitivity towards gender-based issues. Teach them to break certain gender roles and stereotypes, normalise conversations about same-sex relationships, about non-normative sexualities (and so on), and do so in positive ways. This way, if a kid is struggling with a sexuality crisis, they will be more open to discussing it with their parents. And even if the kid isn’t queer, they would still be much more likely to be more empathetic and passionate about gender and sexuality based issues, which is always an important awareness to have.

What Should Your Immediate Reaction Be?

Of course, it is difficult to regulate how one, as a parent, would react to the revelation of their child’s sexuality. Some might be taken by surprise, while some might not. Some might want to shower immediate affection on the child, some might show support more subtly – and all of that is totally normal. However, remember to do your best to make your child feel comfortable and loved. Carefully listen to them, offer whatever help they require, and respect their identity in every way. Ask questions, but also pay attention to the answers very carefully.

Statistically, LGBT kids are more susceptible to mental health issues like depression, anxiety, dissociative disorder, PTSD, and so on, and hence, it is important that they get the help they need, and that too, the right kind of help. Not only should a parent make sure that their kid sees a therapist in such a situation, but they should also be cautious about whether or not the therapist is LGBT-friendly. In a country like India, where both mental health and LGBTQ issues are largely taboo, it’s difficult to find healthcare that has a positive intersections of both. However, there are multiple NGOs that work in this field, making sure that LGBTQ youth receive proper help. Humsafar Trust and the Naz Foundation are the foremost ones, and both of them have a healthy amount of resources.

For trans kids, there are a lot more factors to take into account. First off, it’s important to remember that trans identities function in a spectrum of their own, and some kids might want to transition, while some might not. Another essential factor is the usage of the right pronouns and names – ask your kids what they preferred to be called and what pronouns they’d prefer to employ, and make it a point to stick to them. If one doesn’t, then one ends up misgendering trans kids, which in turn causes harmful cases of body dysphoria, that might lead to worse health concerns.

However, if your kid does want to transition, there are multiple options available. Consult a trusted, LGBT-friendly doctor and get the right prescriptions. Sometimes, taking hormones and medication over a prolonged period of time might be what’s advisable, and sometimes, the hormones need to be followed up by a surgery. Research all your options thoroughly, and in case there’s any difficulty finding such options, there are multiple NGOs who might be of help. Nazariya, TARSHI, Umang, Sarathi Trust are some prominent organizations who work for transgender rights.

Sometimes, sexually active LGBTQ teens can also be susceptible to sexually transmitted diseases if they don’t have the right knowledge of safe sex practices, so as a parent, it’s important to talk to them about these subjects. In fact, encouraging your sexually active child to get tested for HIV or other STDs might be beneficial, because that way they can either get treatment or start being more cautious from a young age.

In a world that routinely ostracizes and persecutes LGBTQ youth, parents have perhaps the greatest responsibility to not only protect them from harm, but make sure that they feel supported in every way. LGBTQ kids come with their own set of health concerns, so as parents, it is important to be both emotionally accepting and conscious about their physical health. And to do that, one has to start by unlearning one’s own prejudices.