Returning to work after maternity

The maternity period is a period of mixed emotions, you cherish the oncoming motherhood stage and at the same time, you are going through so many emotional as well as physical changes that it becomes difficult for you to work. This emotional conflict plays an adverse impact on working women, who have a hard time coping with the stresses of professional life.

Because of the high premiums our society places on motherhood, returning to work for some women can become difficult after maternity. 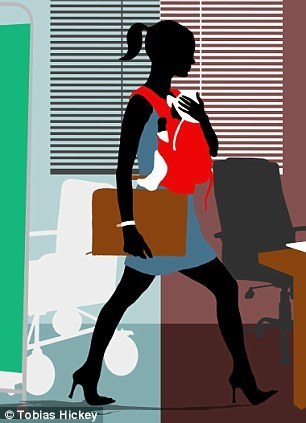 Here are a few of the reasons mentioned below –

In a survey conducted in India’s capital Delhi and its neighboring areas, it was reported that only a small percentage of women i.e. 18-34% were able to continue working post-pregnancy. Leading businesswoman Anu Aga thus commented that it is difficult for women to continue working because “of the social conditioning of women that their responsibility is to bring up children.”

According to the World Bank study, it was discovered that only 27% of the female population over the age of 15 is employed in India. Among the BRICS (Brazil, Russia, India, China and South Africa) countries, this is the lowest, highest being 64% in China.

However, it is difficult to return to work after maternity and not impossible. It’s not always that you face these problems.

Moreover, we have also jotted some simple pieces of advice for a successful transition back to work–

However, if you want to take full care of your child as well as be independent, there are plenty of opportunities for you to work from home. You can try freelancing and work from home jobs offered online. Technology has made things easier for us, if we know how to use it the right way!

The WHL staff comprises a group of ladies out to give you exhaustive, practical health tips and resources.