This series establishes an understanding of women’s safety and sexual violence as a public health concern and offers an overview of how tech based solutions are increasingly making an effort to address related issues of sexual violence in India. 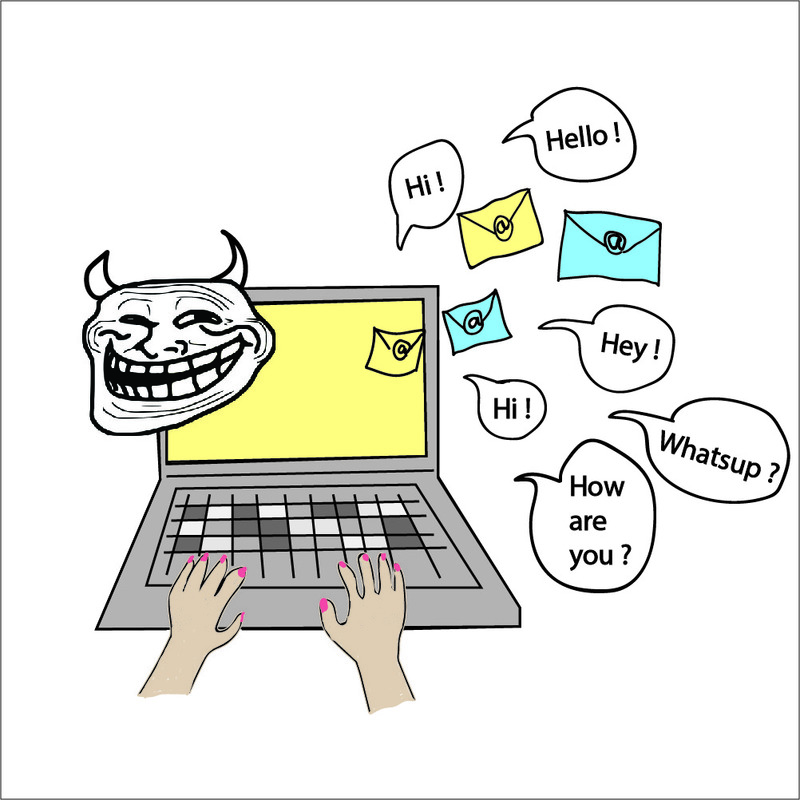 While one would understand trolling to be an issue faced by all genders, what is noticeable in trolling against women is that it takes on a sexual connotation, including sexual threats. The virtual space provides for a degree of anonymity to its users and aids such abuse, this abuse can range from a barrage of vile comments to sexual threats. What this correspondingly does is that it takes away from the very democratic nature of the internet, by driving away large sections of users, due to the constant cycle of abuse faced online. While tech access is in itself limited, such trolling removes access for those who may have had it by making the space unsafe.

“It’s not what you say that prompts it – it’s the fact that you are saying it,” says Mary Beard, a Cambridge University classics professor about online trolling. “If you venture into traditional male territory, the abuse comes anyway. It is the many ways that men have silenced outspoken women since the days of the ancients.”

In the face of such trolling, social media platforms have developed features that allow for ‘blocking’ or ‘reporting users. ‘Hunter’ groups have also become prominent on Twitter who weed out trolls and abusive users on Twitter and report them. At the same time, the building of a culture of counter speech is seen as an effective means of tackling trolling. Solidarity by groups against trolls online and the creation of support groups for those who have faced such vitriol and abuse are effective group actions against trolling.

The virtual space provides a new realm for stalking. Section 354D of the Indian Penal Code criminalises stalking of a woman by a man. It defines stalking to include continuous following or contacting a woman by a man or attempts to contact a woman to build a personal relationship with that women even when the woman has shown a clear lack of interest. It also include acts of monitoring a woman’s electronic communication, i.e. communication over emails, social media etc. While stalking can be perpetuated against all genders, its incidence against women is proportionately extremely high. Stalking against men is also unfortunately not recognised as a legal offense. Indian law does not provide adequate security against cyberstalking, with provisions from an inadequate IT Act, 2000, and the Indian Penal Code regulating the crime, the law doesn’t account for increasing technological advancements to tackle cyber stalking. But measures are being taken to curb cyberstalking, for e.g., the Delhi Commission for Women is making efforts to promote the development of dedicated Cyber Cells that can deal with such crimes. The judiciary has also made some attempts towards this, in 2015, a 35 year old man was convicted for sending obscene pictures and videos via email, to a woman he met on a social networking site. He was convicted under under section 509 (word, gesture or act intended to insult the modesty of a woman) of the IPC and section 66 (E) (punishment for violation of privacy) of the Information Technology Act, 2008. The lack of a clear law for cyberstalking and its various connotations along with gaps in education that aims to address the base causes of such stalking is of concern.

New technological advancements need adequate legal frameworks, policy mechanisms, and civic society engagement to ensure that such spaces are not riddled with the same concerns that offline spaces hold in terms of sexual violence against women and otherwise. It is also pertinent to develop tools that tackle these new challenges that technology brings to the issue of sexual violence while working towards changes in the social fabric that empowers women and does away with the culture of victim blaming.

Vandita Morarka is the Founder and CEO of One Future Collective and the Policy, Legal and United Nations Liaison Officer at Safecity (Red Dot Foundation), tweets @vanditamorarka.